In May 2014, Cindy Rogoway became the new Executive Director of Hebrew Free Loan, the first woman to assume this role since the agency was founded in 1897.

For the past 30 years, Cindy has worked in fundraising and non-profit management within the San Francisco Jewish community. She joined Hebrew Free Loan in 2003 when she was hired as the agency’s first Development Director. In that capacity, she managed both fundraising and marketing activities for the agency, expanding Hebrew Free Loan’s reach into the community so that more people could have the opportunity to become self-sufficient and realize their dreams.

In 2010, she became the Associate Director and assumed responsibility for our loan program. This role brought her in contact with hundreds of loan recipients each year and deepened Cindy’s appreciation for the “profound and lasting impact a micro-loan can make on a person’s life.”

Prior to joining Hebrew Free Loan, Cindy worked for the San Francisco-based Jewish Community Federation for 14 years, where she focused on fundraising, community building, and leadership development.

Cindy graduated from UCLA, where she majored in Communication Studies. While at UCLA, she got her first experience of Jewish communal work by serving as the Business Manager for Ha’Am, the UCLA Jewish newspaper. She also founded and served as the first chairperson of the Jewish Student Union, an umbrella organization for all the Jewish groups on campus, which still operates today. After graduating, Cindy moved to the Bay Area to begin her career.

In addition to her professional involvement in the Jewish community, Cindy has been an active volunteer for political campaigns and several local Jewish organizations, including Congregation Kol Emeth, the South Peninsula Hebrew Day School and the Palo Alto-based Friendship Circle. She also serves as a President of the International Association of Jewish Free Loans.

She finds it extremely gratifying to work for organizations that strengthen community and provide support to those in need.

Cindy lives in the Bay Area with her husband, Joe, and their son, Alan. 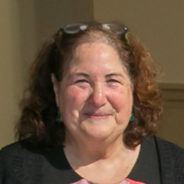 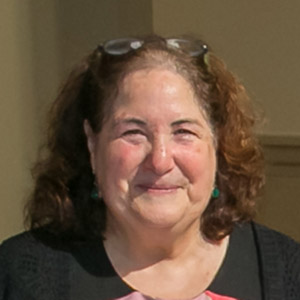 Jamie Hackel Hyams is our Development Director. Prior to joining our team in 2016, Jamie served as Associate Director, West Coast of Shalom Hartman Institute of North America and as Executive Director of Contra Costa JCC. She and her husband have two grown sons, three cats, and a dog named Jane.

Jamie holds a BA in History from Lewis and Clark College, a BFA from California College of the Arts, and an MA in Rabbinic Studies from the Academy for Jewish Religion, CA. A Wexner Heritage Fellow, she’s an avid cyclist whenever she can fit it in. Marina Levy joined the Hebrew Free Loan team in May of 2014. She is involved in all facets of the organization including loans, programming, and operations. Prior to joining Hebrew Free Loan, Marina held positions in administration and management in both the non-profit and for-profit worlds.

Marina was born in the Soviet Union and also lived in Israel for six years before emigrating to the US in 2004. Now residing on the Peninsula, Marina enjoys cooking, reading, traveling, and listening to salsa music in her spare time. Terry joined the Hebrew Free Loan staff team in 2015, but she’s been part of the Hebrew Free Loan family since she received her own interest-free loan in 2012. She brings her experience as a loan recipient to everything she does at the organization, and she’s passionate about reducing the stigma or shame people sometimes feel about needing to ask for help.

Terry is involved in Hebrew Free Loan’s loan program, fundraising activities, and marketing and communications. She manages the Pollak Community Loan Program, which provides interest-free loans to lower income students in Northern California who are not Jewish but are referred by a partner agency.

Terry has spent her career in the nonprofit world, working in fundraising, marketing, and program development for a variety of organizations. She helped raise the funds to start Juma Ventures, one of the original partners in the Pollak Community Loan Program, and she was involved in creating a family wellness center at UCLA in the mid-2000s. She’s worked in youth development, women’s issues, and social, economic, and environmental justice. 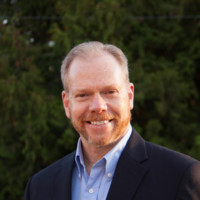 Director of Data Solutions and Analytics

Jim has over 20 years of technology leadership experience in a variety of industries including nonprofit, finance, real estate, and consulting services.

Prior to joining Hebrew Free Loan, Jim has served as the IT director for the Jewish Community Federation for nearly 5 years and the vice president of application support for The Leukemia & Lymphoma Society for over 12 years.

Jim holds multiple certifications including Salesforce Advanced Administrator and has earned dual BA degrees from San Francisco State University in Information Technology and Accounting. He lives in Portland Oregon with his wife Tamie and their son Michael where he enjoys exploring the great northwest and gardening. Manny has over 20 years of accounting, finance and operation management experience. He spent the past 10 years as a Senior Accountant at the Jewish Community Federation of San Francisco, the Peninsula, Marin and Sonoma Counties. Prior to that, he served for 10 years as the Assistant Controller for Resources for Community Development, a nonprofit in Berkeley. Originally from Moscow, Russia, Valerie Rocklin has been living in the Bay Area with her family for over 20 years. Valerie’s desire to contribute to her community has led to a longstanding career as a Jewish communal professional. Prior to joining Hebrew Free Loan, she spent 18 years at the Jewish Community Center of San Francisco, serving and building strong relationships within the Bay Area Jewish Community.

Valerie holds a J.D. from Lomonosov Moscow State University Law School. She lives in San Francisco with her husband and their son and, in her spare time, enjoys volunteering, reading, watching movies, cooking, and traveling. 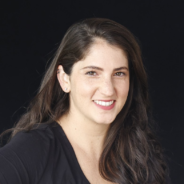 Kellie was born and raised in Israel and moved to the US to attend college. From a young age, she has always been interested in helping others. Kellie joined the Israeli Defense Forces where she served in a search and rescue team, then she became a Music Therapist to continue her journey of supporting those around her. As a grateful recipient of her own Hebrew Free Loan, Kellie is excited to make an impact on the community. 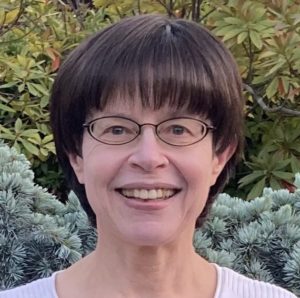 Originally from St. Petersburg, Russia, Olga has been calling the Bay Area her home since 1995. She spent 24 years working in Accounting for Congregation Kol Emeth in Palo Alto and ventured into the for-profit world for a short period. Olga is delighted to be back in the non-profit world and serving the Bay Area Jewish community! Greg joined Hebrew Free Loan with extensive corporate marketing experience, leading cross-functional teams on strategy and campaigns at brands such as SONY and agencies such as BBDO. He has a BA from Emory University, spent a year in Germany on a Fulbright Scholarship, and earned an MBA at the Thunderbird School of Global Management.

Active in the Jewish community, Greg completed a Federation Fellowship and is a board member at the Jewish Community Relations Council. He finds deep fulfillment in working for organizations dedicated to making the world a better place.

Greg is fluent in German and has independently traveled through over 60 countries on 6 continents. He lives in San Francisco with his family and enjoys skiing whenever he can.

Hebrew Free Loan staff members speak Hebrew, Russian, Spanish, and German. Please ask if you need help in one of these languages.